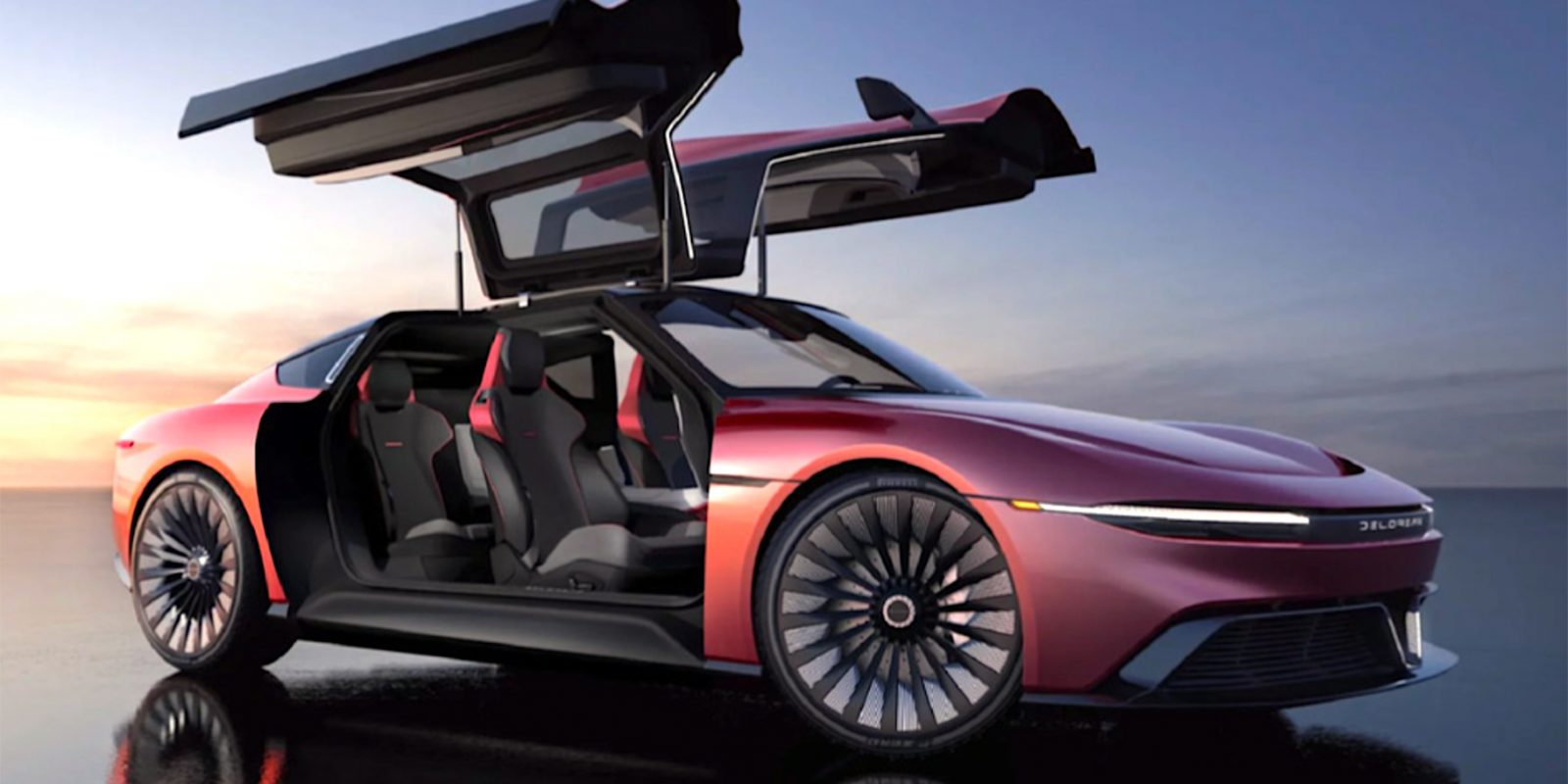 All-New Electric Delorean Comes Back To ...

The name Delorean will be forever synonymous with the Back To The Future movie franchise of the 1980s. That’s a given.

Say the name Delorean, and any carnut or movie buff will enthusiastically recall the coupe’s critical role in the Back To The Future movie franchise as it transported Doc and Marty from past to future interludes. The Delorean’s integral role as a time machine in the storyline and its unique gull-wing design guaranteed its legendary status in the annals of movie history.

Without that monumental exposure in those films, the car would almost certainly have disappeared in automotive history as a failed footnote when the company folded in 1982.

No one ever thought a new Delorean would surface. Fast forward 40 years.

Thanks to the Delorean Motor Company, the gull-winged Delorean is back from the future and our collective past, wearing a new name — the Alpha5 — and boasting the brand’s first true rethink since the turbulent early 1980s. Unveiled at the Monterey Motor Week at Pebble Beach, it certainly has street presence but not in the same way as the original DMC-12. In fact the only things these two cars have in common are its maker’s name, those gull-wing doors, and well, that’s about it. Even the interior is vastly different as it now seats 4 people and the new car now employs a fully electric powertrain. But no

Much larger than the DMC-12, the Alpha5’s nose and tail have no similarities with those on the DMC-12, and neither does its silhouette. If anything the new Delorean looks more like a Lucid Air, especially at its front end. Legendary Italian design house Italdesign meticulously styled the new model’s curvaceous surface, as did the company’s founder Giorgetto Giugiaro four decades ago. To imagine what a new Delorean should look like, designers had to fill in four blank decades. Stylists had to thaw out the Delorean’s mojo from its 40 year deep freeze. As it turns out, the Alpha5’s inspiration wasn’t the DMC-12. Instead, the Alpha5 can trace its roots back to DeLorean’s second car: the four-seat DMC-24, a car the new designers didn’t just make up.

The thrill factor elevates when the Alpha5’s doors go up. The cockpit has a strong wraparound bow formation with two LCD screens, the larger of which can display a modern digital instrument panel or a perfect representation of the DMC-12’s analog dials and gauges. Then the bonkers factor cuts in with DeLorean Sense. I had to pinch myself when I first heard these features explained. But when you’re making a comeback with one of the most iconic cars ever, why not go a little off the deep end?

Okay put simply, this is a connected band you give to friends or relatives that allows their heartbeat to be displayed on the touchscreen, their body temperature to become your seat heater setting or their hug to be delivered to you through strategic power seat bolsters. This I can’t wait to check out.

What about that electric powertrain? Delorean is remaining tight-lipped about details, but expect the Alpha5 to employ a dual motor, all-wheel drive setup with an expected range of 300 miles and a zero to 60-mph sprint time of 3 seconds. The firm has no plans to offer range variants at present.

The Alpha5 will go on sale in limited numbers in 2024 and the firm was giving out no hints at possible pricing. But given its size and look, the company obviously targets EVs like the Tesla Model S Plaid, Lucid Air, Porsche Taycan and Mercedes Benz EQS sedan among others, and that translates into a sticker price of around $125,000.

At Monterey, DeLorean also unveiled two other concept vehicles, one called the Alpha5 Plasmatail, which is an Alpha5 wearing a higher back end for more storage space, and the other—the Omega—an extreme off-road EV with mammoth tires and a sleek body. Whether the new electric Delorean will live up to its famous predecessor is a topic for the ages, past, present and future.