Diesel School Buses To Be Replaced By Electric Ones–For Free 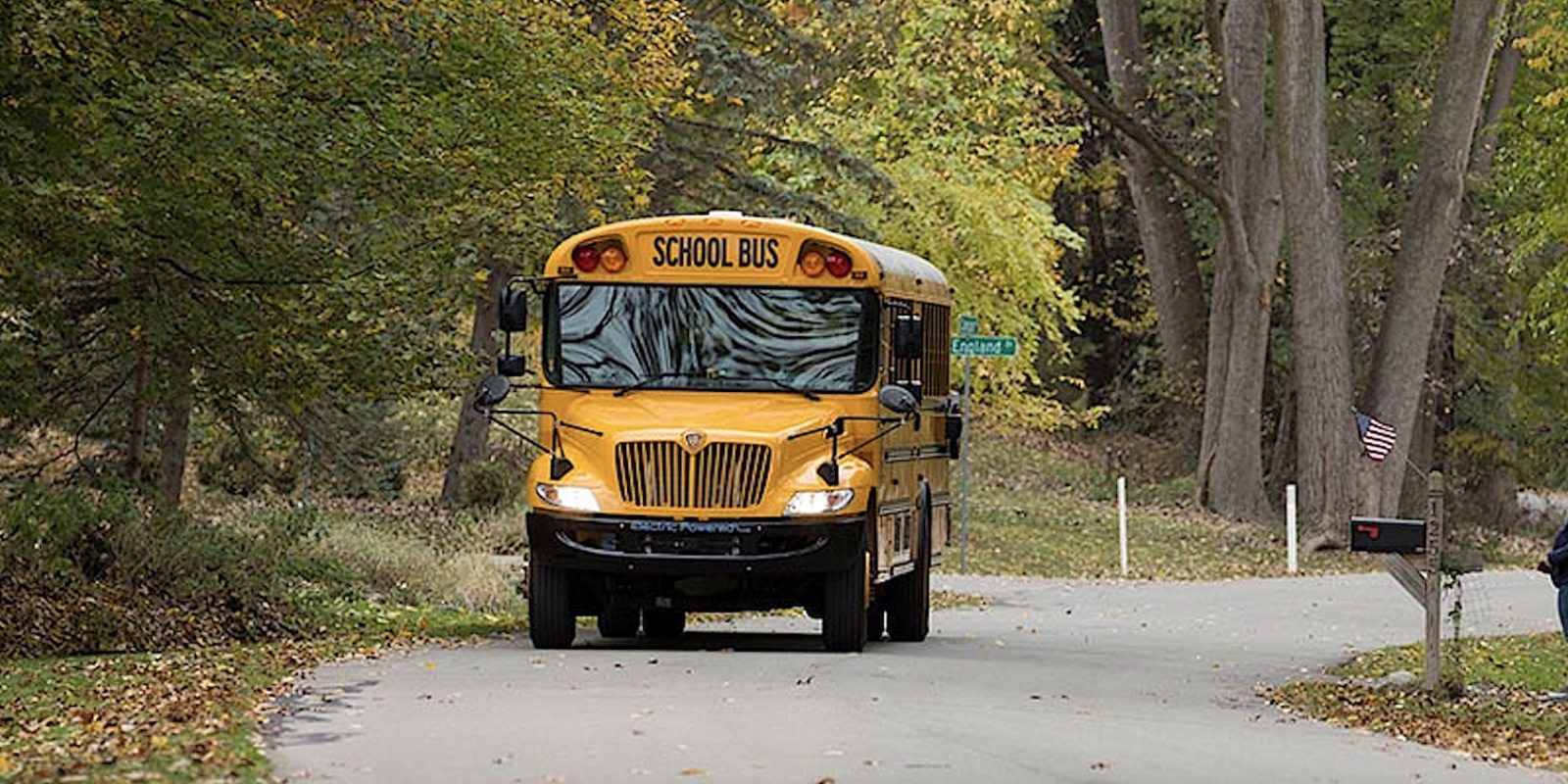 Diesel School Buses To Be Replaced By El ...

Tesla’s mammoth electric Semi trucks have been in the news this month after Pepsi took delivery of its first batch of long-haul transporters in early December. Now, the EV conversation switches from trucks to school buses.

In fact, federal and state governments in the U.S. are practically giving away electric school buses. And if your local district doesn’t have its hand up yet, it should — the math is a no-brainer.

They can also act as giant batteries to store surplus energy when not in use. That means cash-strapped districts can earn money from their parked buses by selling power back to the grid during times of peak demand.

The only catch though is the price. An electric school bus costs $350,000 to $450,000 which is three to four times a traditional diesel bus — and most districts can’t afford the upfront expense, despite the long-term savings.

To try to counter that uphill battle, a series of new government incentives make replacing aging diesel fleets an easy call. The five-year, $5 billion Clean School Bus Program, approved in November 2021 as part of the infrastructure law and run by the Environmental Protection Agency, pays school districts up to $375,000 in incentives to replace a diesel bus with an electric one.

The government offers another $20,000 for charging infrastructure, for a total of $395,000 per bus purchased. In October, the EPA awarded the program’s first $1 billion to fund about 2,500 school bus replacements in nearly 400 districts.

Priority was given to low-income, rural and tribal communities like Dearborn, Michigan, near Detroit, which took delivery of its first electric school bus last week and expects to buy 18 more with a $7.1 million federal grant.

Congress included another $40,000 rebate for commercial vehicles, including school buses, in the Inflation Reduction Act signed in August.

“All of a sudden, schools are looking at free, or more-than-free, school buses,” says Tim Reeser, CEO of Lightning eMotors, which makes electric powertrains for buses. The good news is that school bus manufacturers are rapidly scaling up production to meet surging demand.

“We’ve absolutely seen a groundswell in applications and the number of schools who were interested in electric buses who historically were not,” says Britton Smith, Blue Bird’s senior vice president of electrification and chief strategy officer. “It’s really changed the game.”

At last, kids will be able to get away from diesel fumes. Apart from “free” electric school buses being the cleaner and safer alternative to diesel, school districts can earn money from their parked buses by selling power back to the grid during times of peak demand. Priced up to $450,000 each, electric school buses suddenly become viable thanks to a package of government incentives that can pare back that initial fee by as much as $395,000.