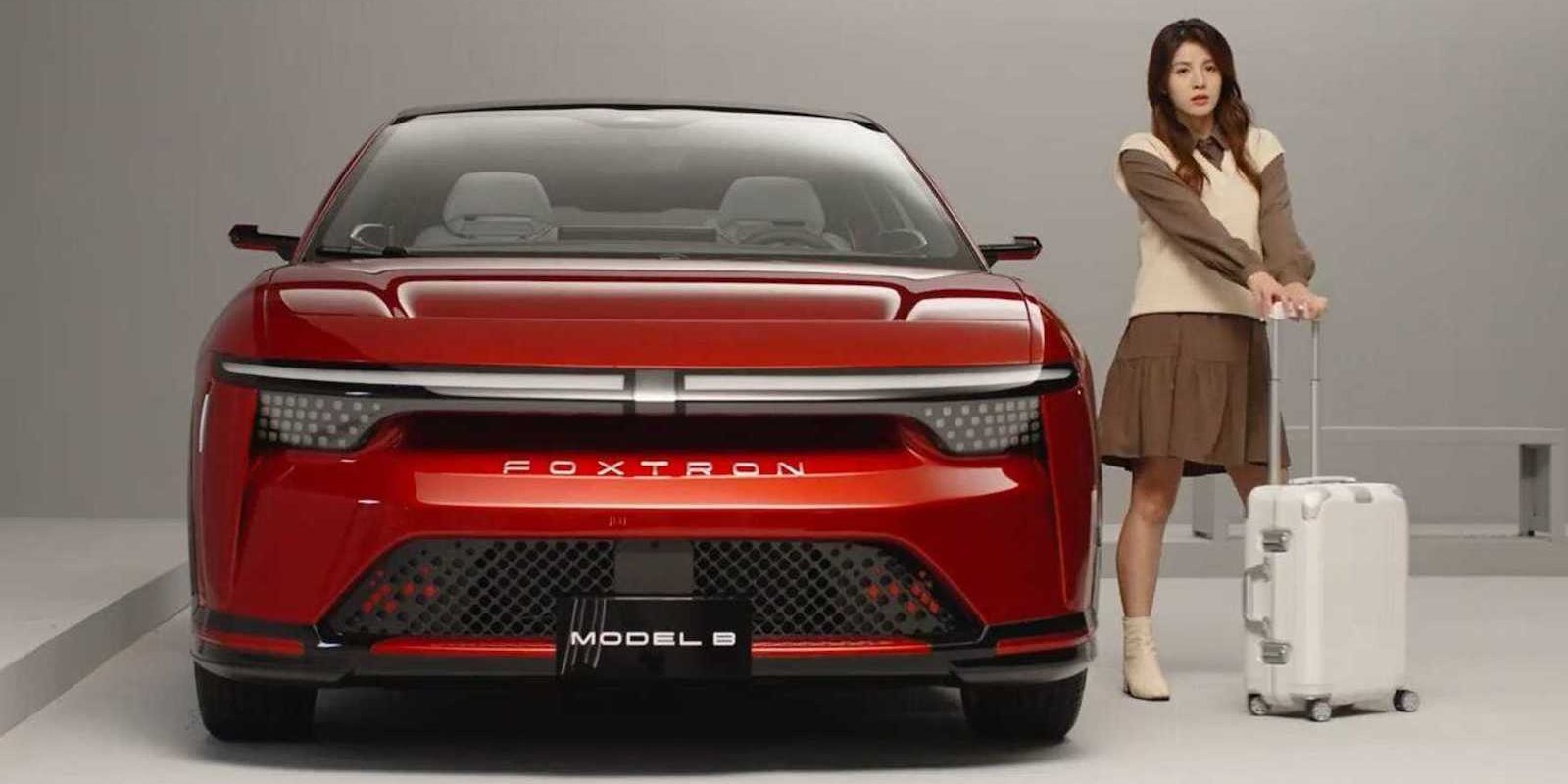 In the same way as Apple and Google have expressed interest in the electric vehicle (and autonomous driving) space of late, Taiwan-based electronics giant Foxconn, known as a maker of Apple iPhones, also revealed its automotive ambitions this week.

Directly targeting the likes of Tesla’s Model Y and Hyundai’s Ioniq 5, the fully electric Foxconn Model B will have its official unveiling on October 18 when more details will be revealed.

In 2021, Foxconn bought the Lordstown assembly plant in Ohio from struggling EV startup Lordstown Motors. Now Foxconn has given us a sneak peek at their new electric hatchback, the Model B, that it plans to eventually build in the United States.

The Model B employs Foxconn’s open-source MiH platform, which stands for Mobility in Harmony. This platform will also underpin two other cars, the Model C, a larger crossover, and Model E, a luxury sedan. The fact that the company’s vehicle naming strongly resembles Tesla’s well-known names could lead to some rather sticky legal battles down the road. The Foxconn platform supports single and dual-motor setups, and the firm claims a range of 435 miles from the Model C and 466 miles for the Model E.

While the company is remaining tight-lipped about the car’s specs until October 18, you may have noticed that the name on the actual car is Foxtron, not Foxconn, and is part of a joint venture between the electronics maker and Yulon Motor, Taiwan’s biggest carmaker which builds Nissans under license and also has its own brand Luxgen. We figure the name difference is to distinguish the car brand from its other electronic interests.

One aspect of the car that impresses right off the bat is the fact that the Model B’s design was penned by the legendary Italian design house Pininfarina. The compact hatch has its large, sporty wheels positioned at the four corners, while the front and rear ends feature full-width LED light bars. The smooth-flowing sheet metal employs a thick, stylized C-pillar, and a unique feature in the taillights appears to display images to communicate with pedestrians.

According to the company, Foxconn is aiming to initially start building the Model B in China in 2023, and plans to start production of the vehicle in 2024 at the Ohio plant, even though it is still unclear if the Model B will be sold in the U.S.

One hurdle remains though. Will the company go through with its plans? In 2017, Foxconn agreed to invest $10 billion in a display panel production plant in Wisconsin that would create 13,000 jobs and start production in 2020. That proposal was later significantly downgraded to just $672 million of investment and only 1,454 jobs. Time will tell.