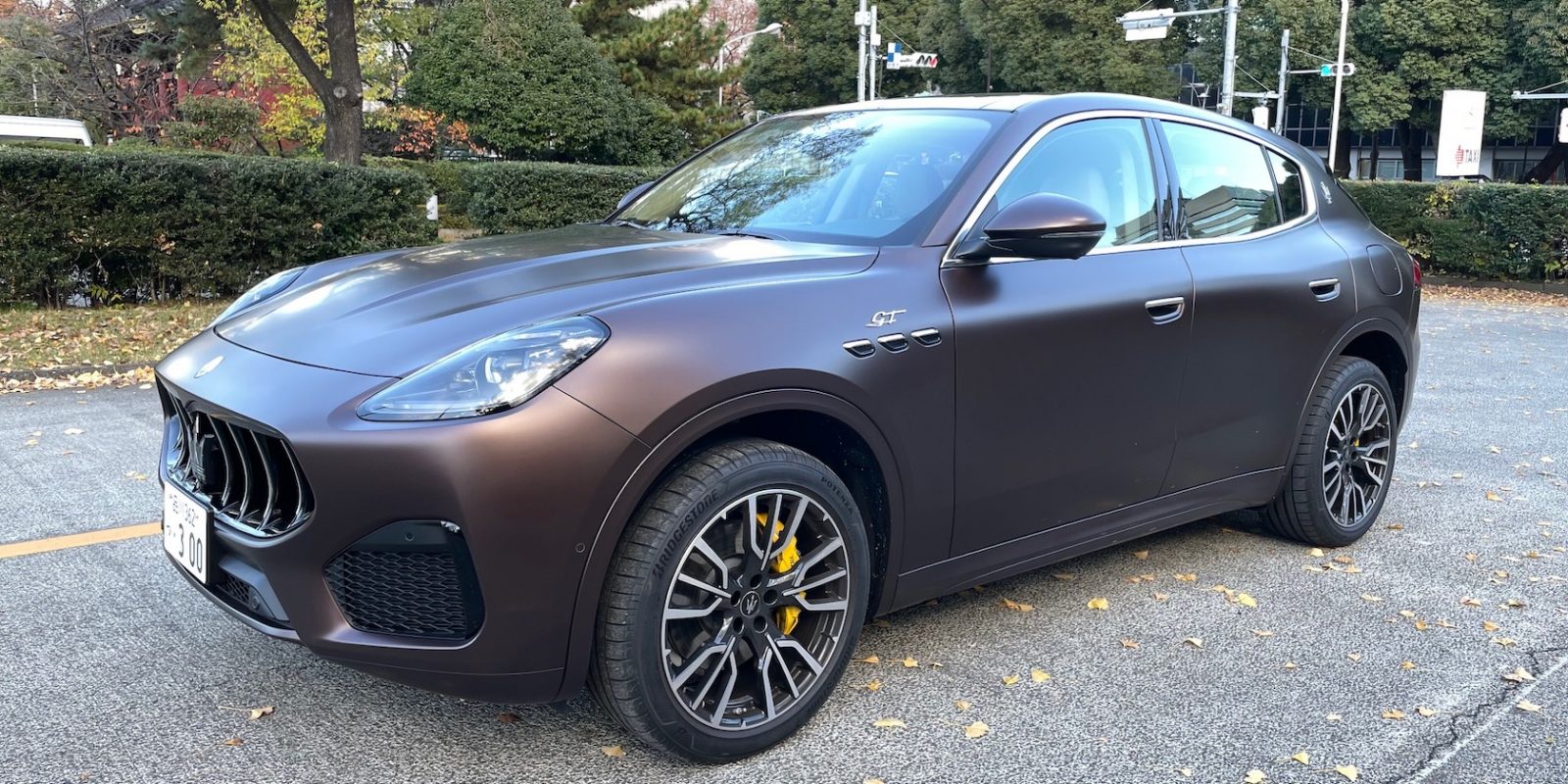 If I had said ten years ago that Italian luxury carmaker Maserati would launch an SUV within a few years, no one would have believed me. Then, in 2016, the company bit the bullet and introduced its first-ever SUV, the Levante, hitting a nerve in the market and accounting for more than 40% of Maserati’s global sales the following year.

Fast forward six years and the SUV market has transformed logarithmically. All luxury carmakers, including even Ferrari and Aston Martin, now offer SUVs, and the competition has become increasingly fierce. Not only did the Levante age during that period, but the demand for smaller SUVs skyrocketed. With the likes of the highly-anticipated Porsche Macan and BMW X4M set to star in the small luxury SUV segment, a more compact SUV became essential to Maserati’s lineup.

Enter the all-new Maserati Grecale. This supercar builder, which boasts a trident as its logo, has a tradition of naming its vehicles after various winds, including the Mistral, Ghibli, and Shamal, as well as the Levante, and now it has added Grecale—a term which means “Greek wind from the Ionian Islands in the Mediterranean Sea.”

As a D-segment SUV positioned below the Levante, the Grecale incorporates the latest generation “Giorgio platform” from Alfa Romeo’s Stelvio. For those looking for a smaller SUV, the overall length is around 6 inches shorter than the Levante but it weighs a whopping 880 lbs less than its heavier brother. The overall width has shrunk by nearly an inch, but the overall height remains the same.

That means the Grecale is easier to park and is more at home in weight-restricted tower parking facilities. But what about its styling? Frankly, I wanted something a little more adventurous in terms of exterior design. Sure, the Grecale is nicely proportioned, and it exudes a sense of luxury through its sculpted finish, but compared to the Levante, I don’t feel that Maserati designers have moved the styling curve along that much with the Grecale. It looks stylish and neat enough, but at the same time, it kind of looks more like a smaller version of the Levante than the exterior of a totally new model.

It boasts every aspect you’d expect from a Maserati, like muscular rear haunches, flared fenders, a raked back roof, quad exhausts, and a fake diffuser for effect. At the front end, it gets Maserati’s signature grille that’s highlighted by the brand’s Trident logo as well as huge air vents to feed air to the wheel wells for improved brake cooling. The exterior color introduced this time around is bronzo opako (dull copper), but depending on how the sun hits it, the bronze can look either golden or a controversial dull brown. For my part, I would have preferred a bit more gold in the paintwork.

The new interior design and quality is outstanding

The interior, though, is a breath of fresh air. As if that Greek wind had blown through Maserati’s design department, the interior styling, textures, and ambiance have been completely transformed. The interior of the Grecale is superb. Its luxurious, stylish, and above all, packs high-clarity touchscreens in addition to up-to-date sat-nav and entertainment tech. The cabin of the Grecale GT that Carlist tested was covered in chocolate-colored premium leather with classy yellow stitching, a 3-dimensional carbon-fiber covered center console and polished aluminum accents. The tactile feel of the knobs to operate the air-con vents is high class as is the finish of the tiny metal plaque that sits on the end of the dash stitching section.

This is also the model that Maserati wants as its biggest revenue generator.  In fact, the Grecale carries such high expectations that Maserati’s public relations department said, “We have parted ways with the previous level of quality.” Could not agree more.

Fitted to the steering column, the polished aluminum shift paddles are exquisite, and have a perfect amount of rigidity. When you flick the paddles, the response is quick and the click feels precise, tempting you to shift again and again even when you don’t need to. Also located on the steering wheel you will find the start-stop button and the drive-mode switch, which add ambiance and put the driver in the mood to enjoy the driving experience. A 1285-watt sound system with 21 speakers by Italian audio manufacturer Sonus Faber is standard on all models, and its high-end speakers offer clear, crisp sound reproduction. The dashboard-mounted analog clock in the Levante has been replaced by a classy digital clock positioned in the center of the dash.

Despite being more compact than the Levante, the interior is surprisingly roomy with plenty of leg, elbow and headroom. Just don’t expect the same amount of head and leg room in the back seats though as the sloping roof restricts headroom for taller passengers. Also, the Grecale is more up-to-date than the Levante’s GPS navigation system and touchscreen, and the center display, which combines a 12.3-inch and 8.8-inch LCD panel, reduces the number of switches for a cleaner look. Every model comes with wireless Apple CarPlay and Android Auto while a Wi-Fi hotspot is optional. The Grecale’s infotainment system also works with voice-command services like Amazon Alexa and Google Assistant.

The drive selector has been replaced by dashboard-mounted switches that include P (Park), R (Reverse), N (Neutral) and D/M (Drive/Manual). To be honest, the new switch location does take some getting used to, and does require extra attention than you might expect—as you have to press and hold the buttons down for over a second for them to engage.

The Grecale was originally supposed to have been introduced to the market more than a year ago, but the global shortage of semiconductors and supply issues delayed its debut by half a year to April 2022. The car is said to be aiming for 50% of Maserati’s market share, showing just how important the Grecale is.

The Grecale is available in three grades, including the V6 twin-turbo Trofeo as well as the more modest GT which we drove. The GT is powered by a 2-liter, inline-4 turbo engine with e-booster and 48V battery Belt-Driven Starter Generator. The BSG functions as an alternator and provides power to the e-booster supplying extra power to the engine.

Our GT produced 296 hp and 332 lb-ft of torque, and thanks to the e-booster, acceleration feels strong with almost no turbo lag. It might just be a 4-cylinder turbo unit, but we felt those 300 horses were more than sufficient with the car never lacking for power, even when merging or overtaking on a  highway. The only downside was the engine sound which could have delivered something a little throatier, especially given the complexity of the powertrain.

The suspension with active shock absorbers and air springs keeps the car stable and provides a compliant, supple ride. One aspect that did surprise us was how much quieter the Grecale is compared to the Levante. The steering is precise and well-weighted while the brakes employ Maserati’s first brake-by-wire technology that delivers strong, well-balanced, confidence-inspiring braking from high speed.

Coming up against the Porsche Macan is no enviable task, but starting at $64,995 for the base GT grade, the Grecale is a capable, high quality and worthy addition to Maserati’s growing lineup, and should make choosing an SUV in this luxury segment just that little more difficult. For those wanting more power, go for the Trofeo spec, but be prepared to pay a little over $100,000.