The Best-Looking Toyota Prius Ever Gets A Lot More Power 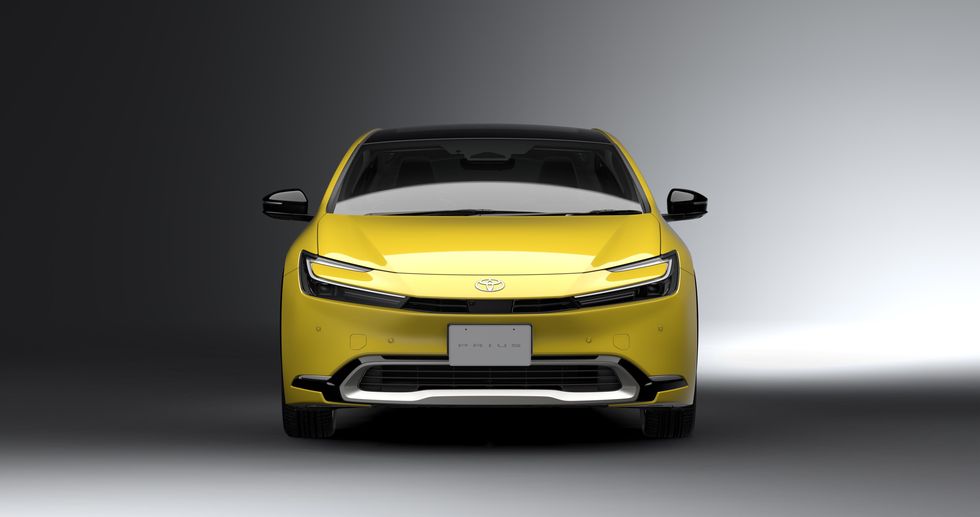 The Best-Looking Toyota Prius Ever Gets ...

Those recently revealed teaser images did not do the all-new 2023 Prius justice. The fifth generation of Toyota’s pioneering hybrid looks a whole lot more stylish than the old model and totally unexpected—as it should have looked when it first surfaced 25 years ago, changing the car world forever. It’s also a lot faster. So Toyota has fixed the Prius’s two biggest problems—styling and pace—all in one brush of the stroke.

When we saw the Prius outline silhouetted against a jet-black background just a few days ago—in the lead-up to its LA Auto Show unveiling, we deduced that it might look a little sharper and have more road presence than the outgoing model. This new version blows the old one out of the water in terms of proportions, design flare, and coolness, and totally redefines the brand’s identity moving forward. We are not saying the new Prius is beautiful, just softer on the optic nerve and more memorable, and gives the brand something to compete within the hybrid and plug-in hybrid wars.

Under the hood of the redesigned fifth-generation, Prius is a new range of gutsier powertrains with significantly more herbs and a zero-to-62 mph time hovering around 6.7 seconds. That is a massive three seconds quicker than the outgoing model. This power for the Japan-spec model that was revealed comes courtesy of a new 2.0-liter gasoline engine that replaced the old 1.8-liter unit, with Toyota claiming that the reworked hybrid system generates 193 hp in standard form and 220 hp in the plug-in-hybrid model. Total horsepower leaps as much as 77% in the plug-in variant and 60% in the standard hybrid. The U.S. version may have slightly different specs, but it’s clear that there will be heaps more power, and that point alone will get it onto the potential purchase list of many buyers.

The only photo of the cabin shows a large horizontally positioned touchscreen, a digital gauge cluster on a large tablet-style screen, and a row of switches on the dashboard for climate controls. The thickish steering wheel and instrument cluster is reminiscent of what’s in the electric bZ4X, and the joystick seems to be a retweaked carryover from the old model.

You kind of wish though that manufacturers like Toyota would not drip-feed their specs for different markets like they are doing here. Japan-spec today, US-spec tomorrow. Euro-spec? Who knows when. It’s annoying.

When Japan’s biggest carmaker launches a design like this, you have to ask yourself “what’s happening inside Toyota?” It seems like the carmaker’s design team has taken notice of CEO Akio Toyoda’s comments from a few years back, and stopped building boring cars. First, they introduced the new sharper GR86 which upped the ante in the styling stakes, then the pocket rocket GR Yaris, and then they revealed a radically penned Crown that’s getting favorable coverage in the international market. But the best-looking Prius ever has a significantly beefier powertrain too, and those two factd alone will make people stand up and take notice.