This New Charger Roared Like A V8: Hang On, It’s Electric! 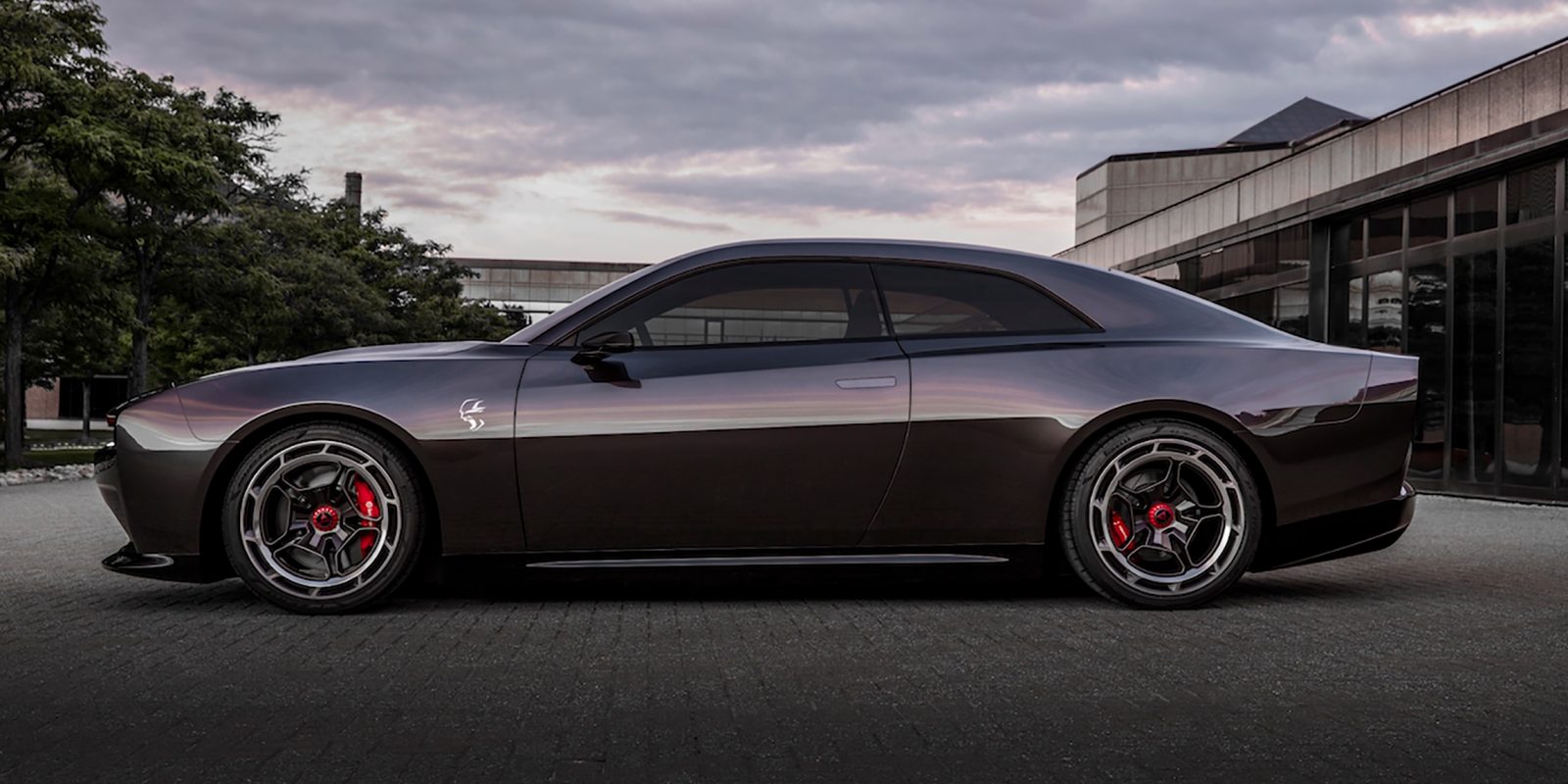 So where is that sound coming from? What gives? As half of the huge crowd in attendance applauded, the other half scratched their heads and wondered why they were hearing that familiar throaty exhaust note. The truth was eye-opening.

Yes, up until now, Dodge has been well-known for its gas-guzzling muscle cars, like the Charger. But in line with sweeping changes in the industry, one of America’s iconic V8 machines has finally gone electric. The radical new Charger offers a look at the brand’s electric future with a coupe that drives like a Dodge, looks like a Dodge and, as we heard, sounds like a V8 Dodge.

This is a big deal people. Here we have a company that’s legendary for its fuel consumption compromised V8 muscle cars, moving towards an electric future. It proves that even the most beloved petrolhead cars will be going electric.

Dodge brand chief executive officer at Stellantis, Tim Kuniskis said, “The Charger Daytona SRT Concept exists because performance made us do it. Dodge is about muscle, attitude and performance, and the brand carries that chip on its shoulder into the BEV segment through a concept loaded with patents, innovations, and performance features that embody the electrified muscle of tomorrow.

The car’s name is significant. Like the famed Charger Daytona that was the first vehicle to break 200 mph on a NASCAR track in 1970, the Charger Daytona SRT Concept delivers industry-leading acceleration as well as an industry-first BEV exhaust note that can reach 126 decibels. That makes it as loud as a Hellcat. And quicker. Its standard all-wheel-drive system is key to pushing beyond Hellcat performance while also improving all-weather capability.

This Charger Concept produces a 126 dB roar that equals the SRT Hellcat, generated through a new, patent-pending Fratzonic Chambered Exhaust system. That’s right, Dodge added an extreme exhaust note to an electric vehicle. The industry-first Fratzonic Chambered Exhaust pushes its one-of-a-kind performance sound through an amplifier and tuning chamber positioned at the back end of the car. This thunderous sound points to where exhaust notes will go in an electric future — as carmakers try to compensate for the loss of engine sounds.

While this synthetic V8 sound may seem a little weird to some, we’re going to go out on a limb here and compliment Dodge for their efforts. After all, it sounds a hundred times better than the fake engine sound, or should I say fake lawn mower whir that Toyota’s hydrogen powered Mirai fuel-cell car produces.

So what about the Charger EV’s styling? This cool concept combines modern looks with a long, wide and low road presence. The front grille stands out with car-wide illuminated lighting centered by a white illuminated Fratzog badge, a symbol accessed recently by the Dodge brand. It certainly looks appealing and had the audience swooning at its retro modernity. The concept’s curves meld in harmony, giving a planted look while emphasizing the upper portion, keeping the visual weight up high. I particularly like the subtle, muscular design of the wheel fenders accent the retro influences.

The Dodge’s interior is modern, stylish and athletic, providing a driver-centric cockpit with all essentials seamlessly packaged. The 12.3-inch central screen, the largest featured in a Dodge vehicle, angles nearly ten degrees towards the driver. The 16-inch instrument cluster is curved, creating a cocooned, driver-focused feel. This is a real drivers car. A bespoke lightning bolt design on the accelerator pedal hints at the concept’s electrified powertrain, as does the dual Blue Plasma and Silver stitching that dominates the cabin. The unique pistol-grip shifter perfectly melds retro with modern while the paddle shifters are strategically mounted on the steering wheel, with drive mode controls on the left.

A simple one-button press on the steering wheel lets the driver pick from Auto, Sport, Track and Drag modes, instantly changing the driving dynamics, instrument cluster information, HUD content, performance sound and interior lighting features of the vehicle. The Charger Daytona SRT is without doubt a game-changer in the world of American muscle cars. Holding onto strong design cues from yesteryear that will always have a deep cult following, while embracing a quick accelerating electric future, is where U.S. performance machines will turn to within the decade. The synthetic V8 roar was comforting and refreshing for sure, but if you’re going to go to such lengths, then we look forward to notes that satisfy V8 diehards. Once you’ve done that, you’ve got a winner.