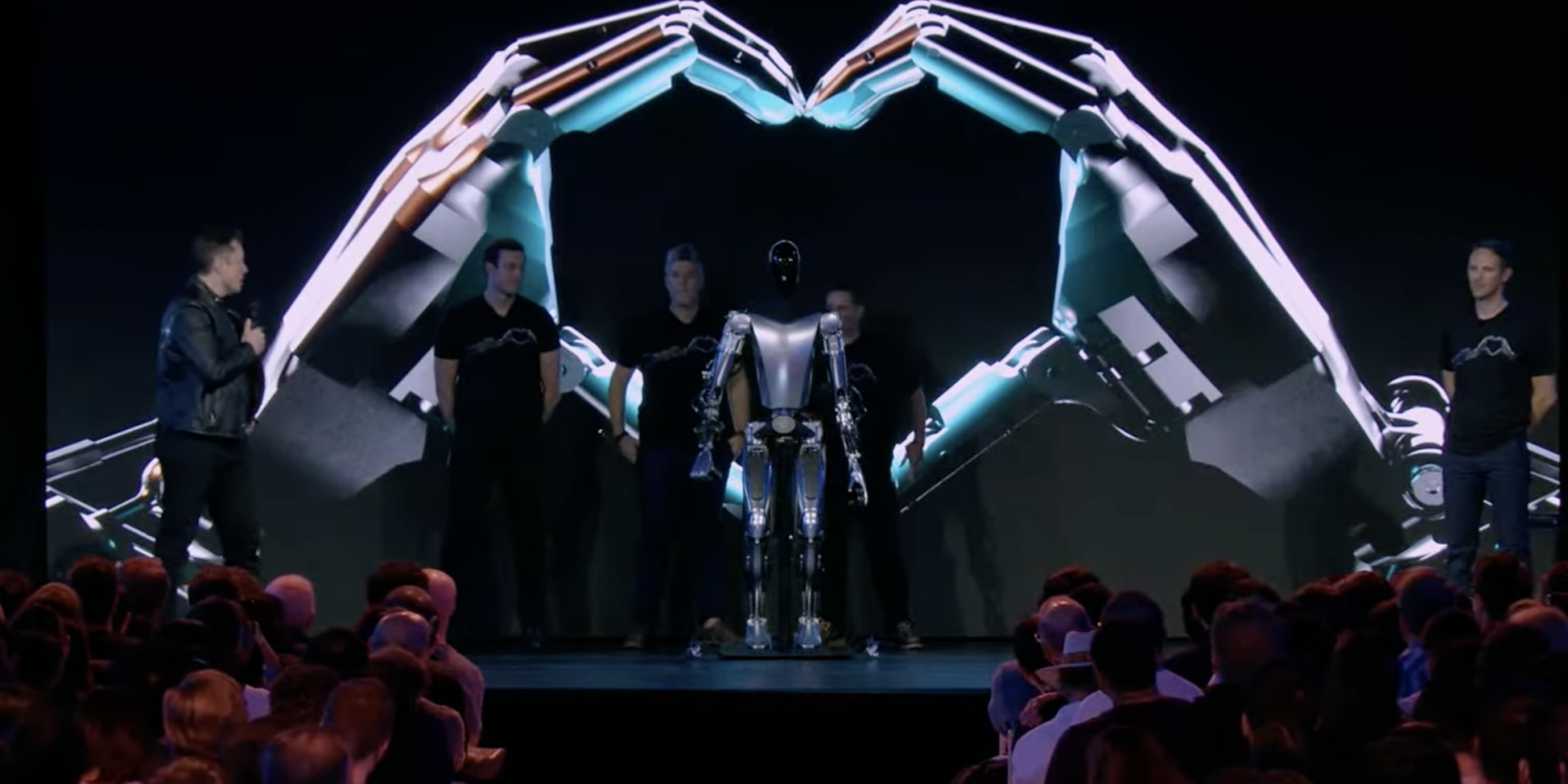 Elon Musk, the world’s richest man, is not content making the coolest electric cars and sending people to the edge of the cosmos with his Space X rockets. Now his company Tesla, plans to invest heavily in artificial intelligence, and make robots. Lot of robots.

In San Francisco on Friday, Tesla’s CEO showed off a prototype of its humanoid robot “Optimus,” suggesting his company would be able to produce millions of bots and sell them for under $20,000 — one-third the price of a Model Y.

To show what’s possible, Musk had an experimental test robot slowly walk out on the San Francisco stage and wave at the crowd. Just then, a Tesla engineer pointed to the robot’s chest and said, “this is essentially the same self-driving computer that runs in your Tesla cars.” Then, Musk interjected and introduced a video of the bot doing simple tasks, such as watering plants, carrying boxes and lifting metal bars at a factory production station. “Our goal is to make a useful humanoid robot as quickly as possible,” he stressed.

But a more production-ready version, which Musk insisted was closer to market introduction, had to be rolled out by staff on a platform before leisurely waving to the crowd. Musk called it Optimus and said he expected it would be walking autonomously in a few weeks.

He said Tesla would be ready to accept orders for the robots within three to five years, and described his bots as the most detailed vision to date on a business goal he enthuses could be bigger than the brand’s EV revenue.

Other automakers, like Honda, are famous for their ‘Asimo’ humanoid robot that is capable of doing complicated things like walking upstairs, jogging, kicking a soccer ball, and serving tea. Meanwhile, Toyota-made robots can play musical instruments like trumpets.

But the robot videos that have generated the most interest, especially on social media, are those made by Boston Dynamics. With some of the bots looking like scary mechanical versions of headless German Shepherds, the four-legged bots are able to walk, run, climb stairs, open doors, avoid obstacles, autonomously collect data from hazardous sites, and quickly regain balance after being pushed over. Having seen Will Smith’s movie ‘I Robot,’ and in the above sentence noting that ‘autonomous’ and ‘robot’ were used in the same phrase–to disastrous consequences in Smith’s flick, we cannot help but feel a little concerned at giving bots complete autonomy.

Luckily Tesla’s CEO thinks like us. Musk, who has spoken before about the risks of artificial intelligence, said the huge rollout of robots had the potential to “transform civilization” and create “a future of abundance, a future with no poverty.” But he said he believed it was important that Tesla shareholders had a role in vetting the company’s efforts.

The next-generation Tesla bot will use company-designed components, including a 2.3-kWh battery pack fitted inside its torso, a chip system, and actuators to activate its limbs, and it will weigh around 150 lbs. One analyst said Musk’s price target of $20,000 was a “good one,” since pricing for other current robots hovers around $100,000.

Musk says that by developing a robotics business, Tesla is redefining its mission statement, one that has become part of its appeal to investors and climate activists by promising to “accelerate the world’s transition to sustainable energy.”